The first and most damning thing to say about the Busway proposal for City Place is that it was fabricated by Queensland Transport and the Queensland ALP (tired failing third-raters).

The idea that a marginal (does it exist at all?) benefit to city wide transit requires the immediate sacrifice of our town square is a ridiculous concept.  It was supported by Jim Turnour, Desley Boyle, and Val Schier (all now discredited and out of office).  Why on Earth would Gavin King or Bob Manning want to champion it now?  Perhaps they don’t understand all the choices they have.

It’s said that “up to $5 million” will be made available to improve the CBD before the G20 Finance Ministers’ Summit in late 2014.  Here’s a gift for Gavin King, Bob Manning, and the Cairns Regional Council. 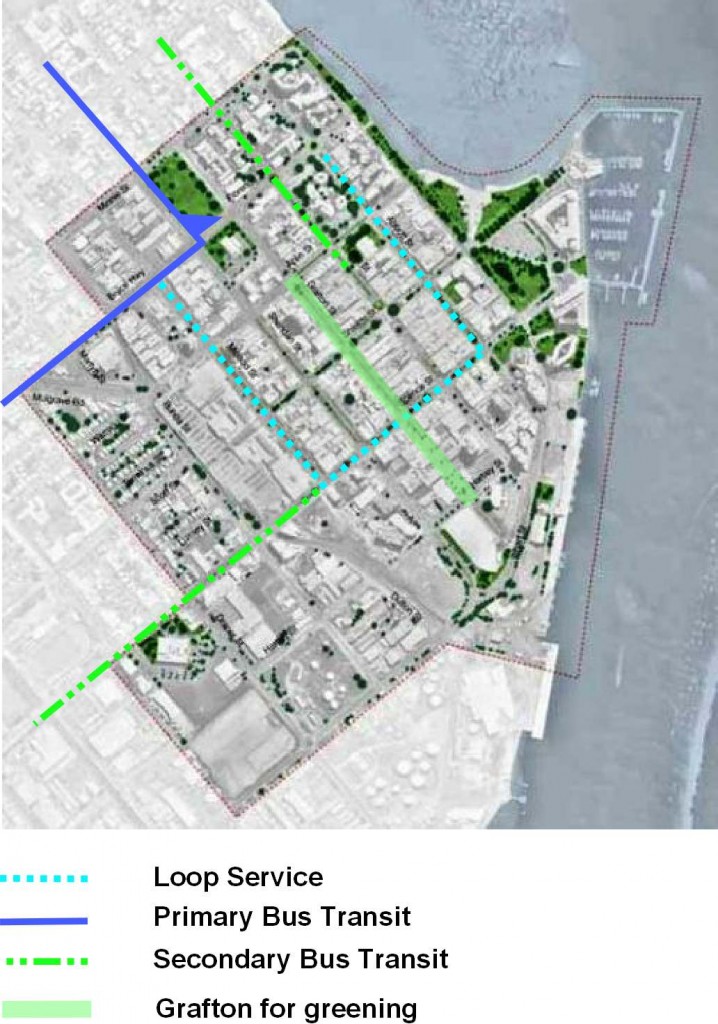 $5 million buys a CBD trolleycar service, a City Place restored to the design that we know works, with $2 million left over for Grafton/Shields St.

The broken blue line is the pic above is the grid upon which a Cairns Trolley Bus will move.  Electric people movers on either track or tyre are readily available off the shelf (see pics below).  If you do the traffic design right you run a single vehicle backwards and forwards on each straight line for all the hours of popular use.  Folk ride free.  Businesses and ratepayers provide the basic service for around $750,000 pa. 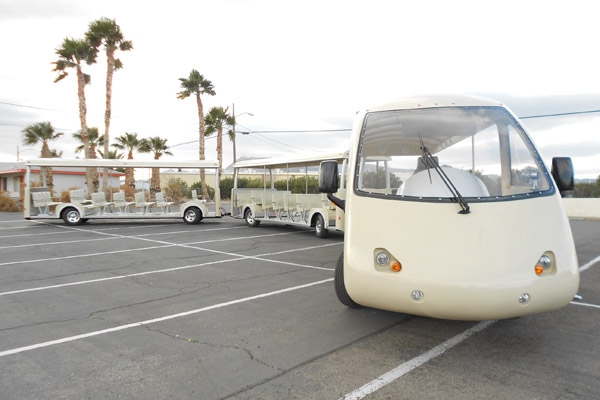 What cairns as a whole gets from this (and from a greened up Grafton St) is a CBD that is pedestrian friendly, with the kind of tropical cool signature of, say, New Orleans, which is able to move people easily throughout at very low cost.  Moreover it offers major improvements to the city-wide transit sytem which maximises efficiency by keeping trunk busses out of the CBD entirely and builds a proper bus station in Munro Martin Park opposite the Civic Centre.  Win/Win all the way around. 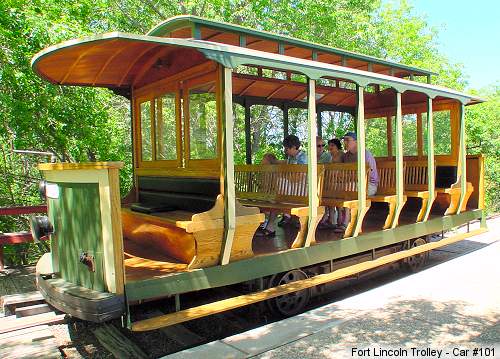 The cardinal rules of Queensland Transport rule out trolley cars, pedestrianised CBDs, and public consultation.   The trolley system I propose would be run by Cairns Regional Council – the historically tested and effective agency for trolley car applications around the world.  The trick will be to relegate Queensland Transport to a task fitting their low level of competence.  The true test of gavin King’s political nous will be whether he and his government is able to bring Queensland Transport under control.

It ought be the people of Cairns who get to say what happens to City Place.

2 thoughts on “What About Transit”