Why Gavin King MUST be elected on March 24

In 2012 mainstream politics is phoney.  It’s degraded and degrading.  The ALP has become a travesty.  While it claims to be a party for social justice and equity, its record over the past two decades has been one of bossism and slavery to big business.

Focussing on the Queensland government we’ve seen the white-anting of our health system, the privatisation of irreplaceable public assets, open disputes with working unions, gross failure in Aboriginal affairs, and a first-class effort to portray mediocre hacks as “outstanding” intellects and office-holders.  (As Treasurer and Deputy Premier, Andrew Fraser has overseen the bankruptcy of Queensland’s Treasury, and the subordination of policy to managerial incompetence.  Yet according to his own media unit, he is “the greatest Treasurer” Queensland’s ever had!!!)

A key dynamic in Labor’s failure has been the pre-selection of MPs who are notable only for their obedience to factional bosses.  For example MP for Barron River, Steve Wettenhall in 2011 was completely spineless around the ALP policy commitment to decriminalise abortion, which is clearly part of the Party platform.  The Minister for Women, Karen Struthers made a good deal of political capital in 2009 by promising women’s groups this policy would be enacted.  They both chickened out when so instructed by Party bosses.

In October 2010 a young couple stood trial in the Cairns Supreme Court charged with procuring an abortion.  A coalition of community groups supported the couple, and used the trial to agitate for the Labor government to keep its promise.  Every Labor MP in far north Queensland ran away and hid.  Steve Wettenhall sent the organising group a (confidential) letter saying he was strongly in favour of their objectives, but had to hide because Party bosses said no.

So instead of being honest, implementing their promise, and keeping faith with the citizens whose votes they rely on for government, the ALP decided instead to shaft its supporters in the hope of avoiding controversy.  The problem is that this is the only kind of behaviour we see from the ALP, which sets the standard of politics firmly in the gutter.

I first met Gavin King in December 2005, in Alice Springs, where he was working as a journalist for the News Ltd title The Centralian Advocate.  I was with a group called Christians Against ALL Terrorism.  We intended to enter the Pine Gap spy base and conduct a citizens inspection.

Gavin King joined us for the event.  He spent an evening with us as we prepared and walked into the base.  He kept all his agreements with us, and took photos and notes of our actions.  For doing that he was threatened with arrest by the AFP and had his camera and photos confiscated.  While the action clearly had news value, and Gavin was a working journalist rather than a peace activist, he was honest, reliable, and a pleasure to deal with.

Gavin moved to Cairns in 2007 to work for the Cairns Post. He was a great help in early 2008 in publicising a problem the Pine Gap crew were having with ASIO and the AFP around our trial.

Secret court orders had been made against us in a closed court.  Gavin had to take legal advice before publishing, and was at some risk.  He publicly revealed what was going on.  Between the front page story Gavin gave us, and shorter pieces by AAP and the Sydney Morning Herald, the secret orders were withdrawn – and we proceeded to a much fairer trial.

Twice in two years that I know of, Gavin took a personal risk to practice the principles of his profession.  He stood up for free speech and the public’s right to know.  I can live with disagreement.  No-one is perfect.  We all make mistakes.  What I need to know about any man or woman is the integrity, authenticity, and credibility that lies behind what they say.  I know Gavin is highly principled, and he puts those principles into practice.

More importantly Gavin can be relied upon to stick by his principles when the going gets tough.

Since 2007 Gavin has kept in touch with our little peace group, met with visiting peace activists, and engaged with the issues of peace and war.  In October 2011 he facilitated a workshop with US activist Kathy Kelly.  I can look forward to Gavin taking a seat in Parliament.

I don’t know Kirsten well at all.  She has never attended a peace meeting or event.  As a Cairns Regional Councillor she’s out of my division, and has never engaged with anything important to my interests.  I have no knowledge of how she deals with the difficult parts of life. 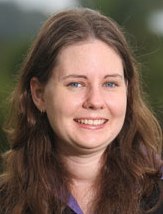 What I do know is that, during the pre-selection process for cairns, Kirsten Lesina allowed herself to be used in a dirty factional dispute where Labor Unity arseholed Richie Bates (union organiser of decades standing) because of his position in the privatisation dispute.  Kirsten agreed to undermine Richie at the invitation of a spiteful Desley Boyle.

During that process, Kirsten sent an e-mail to a colleague saying she’d join whatever faction could give her a seat in Parliament.  She said “I am unaligned at present.  I will join the faction that supports me in getting pre-selected.”

It’s unacceptable to me that wannabe politicians subordinate principle to personal preferment.  How can Lesina even pretend to principle when she’s effectively for sale to the highest bidder?  (or does “maximise personal profit” count as a principle in today’s ALP?)

On 14 June  2008, Gavin King wrote an opinion column about the dangers of alcohol bingeing and sexual assault for women in Cairns.  In the column, Gavin wrote “That doesn’t excuse the mongrels who commit such crimes.”  http://www.cairns.com.au/article/2008/06/14/4577_blog-thinking-allowed.html

The opinion piece was sparked by a comment from Snr Constable Cary Coolican of Cairns Police, who said  of sexual assault allegations “During investigations, it has become apparent that many of the victims have been under the influence of alcohol or other intoxicating substance at the time of the offence and do not recall the act itself or the circumstances surrounding their complaint,” Sen-Constable Coolican.  This was reported in the Cairns Post on 12 June by Bronwyn Cummings.    http://www.cairns.com.au/article/2008/06/12/4536_local-news.html

For those who think language is important, Gavin referred to “women” or “young women” throughout his column.  The sub-editor gave Bronwyn’s news story a headline about “girls”.

The article and opinion column caused a minor flurry in Cairns and then disappeared.

It was brought back on 19 September 2011 by an anonymous blogger in Cairns who runs a spoof site called “Hillbilly Watch”.  http://www.hillbillywatch.com/2011/09/gavin-king-excuses-rape-of-women-who.html  If you want to catch up with Labor hack humour, bias and vitriol, this is the site to visit.  If you know who the unaccountable voice is, please let me in on the secret.

Gavin wasn’t pre-selected until 2 October 2011.  The Hillbilly blog was simply an acknowledgement by the Labor dirt machine that Mr King’s preselection posed a real threat to their own poor candidate.  The dirt machine was gearing up.  Note the language by Hillbilly Hack; “Gavin King Excuses Rape”.

On 4 February the story emerged in the mainstream media (nine msn) under the headline “Drunk girls to blame for rape”.  The story was by-lined by Evan Schwarten, a scion of the Rockhampton Schwartens, heavyweights in the Queensland ALP.  Mr Schwarten took his material direct from Hillbilly Hack.

Notice how the language of dirt grows ever more extreme and detached from reality as the machine grows ever more desperate.  ‘Women ought take some responsibility for their safety’, becomes “Gavin King encourages rape”(unattributed) or “girls blamed for rape” (attiributed).  The exaggeration part of a calculated effort to inflame emotion and create division.  This kind of behaviour degrades our polity.

The Premier, the Treasurer, the Minister for Women’s Affairs and a sad parade of Labor leaders have got down into the dirt and perpetuated the attacks of an anonymous, unaccountable Labor blogger.

Last week the Premier, Anna Bligh, caused a pamphlet to be circulated around Ashgrove and Brisbane which portrayed the Schwarten distortion as a quote from Gavin, and tried to claim that Campbell Newman condoned rape. “Drunk girls to blame for rape”.  Our Premier is just triffic at lies and dirt.  I expect to see a lot more of it between now and 24 March.  How sad.

The ALP has lied to women in Queensland by refusing to implement its party platform on abortion.

The ALP has lied to the people of Queensland about privatisation and the condition of our economy.

The ALP preselects candidates on the basis of their obedience to factional bosses.

The ALP believes in character assassination and the politics of dirt.

The ALP is so good at the politics of dirt it’s the very first (and only?) tool they reach for.

We’d be criminally stupid to vote ALP in Cairns

I have both positive and negative reasons for endorsing Gavin King.  He is a talented and principled young man willing to take a personal risk for what he believes in.  He will at least listen to my friends in the peace movement as he makes decisions and advocates for Cairns in the state parliament.  Gavin King is committed to social justice and community engagement.

The Queensland ALP is rotten to the core, and will only grow worse if rewarded by a return to office.

In closing, here’s a King column in the Cairns Post that Hillbilly Hack didn’t want to re-print.  Among other things it recounts the Union activism of Gavin’s father, and his bitter disappointment with the ALP’s betrayal of the working class.