Bryan died in 2013 in March so this site has become an archive site where we are keeping the work of his later life. 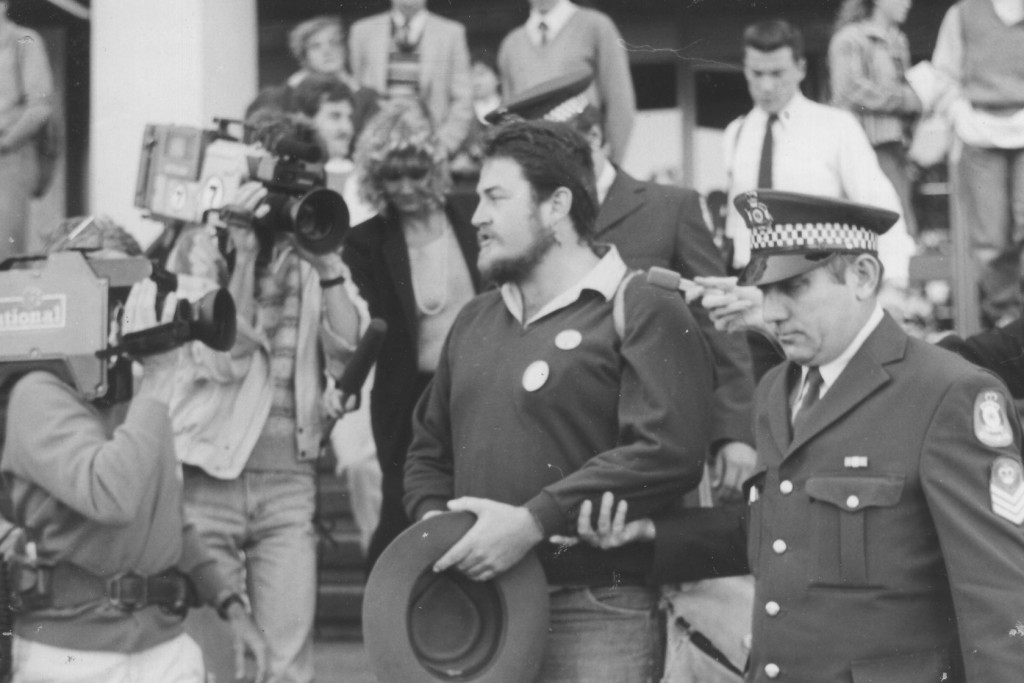 There are many documents and actions recorded on this extensive Peace by Peace site from the Pine Gap and early Peace by Peace work through to the Ploughshares Action 2011 and Trial 2013.

Bryan was a great record keeper and we have the stories of a long, varied and creative activist career.

Some of his earlier work we are collecting on Evernote and we are looking for a more permanent archivist and blogger and historian to take up the job of archiving and displaying so that activists can learn from what he did.

Bryan’s work was peculiar in that it often aimed at ordinary regional folk and he remained steadfast in his belief that it was ordinary people who will change the work through courageous action for social justice.

In the meantime, I will repost here some of the work around the trial of Graeme Dunstan which was also really a posthumous trial for Bryan.
Thanks to Robin Taubenfeld and Culley Palmer for the work they did recording the trial. There are some key documents and links to include.

Culley’s Photographs
Sean’s reflection
Robin’s Daily reports; here and here  and here too
Culley’s  and Treena’s Tweets at #Standbygraeme are special too.

Why a Ploughshares Action – Organising a Peace Movement

Bryan Law 57 from Cairns Peace by Peace and Graeme Dunstan, 67 of Peace Bus have both been arrested and placed in custody after being allegedly involved with damaging a Tiger attack helicopter at Rockhampton airport yesterday.
They have been charged with 4 and 5 different offenses respectively. They will face court today, Friday, 22nd July.

Bryan is relatively well and pleased that he was able to carry out a strong act of disarmament that signals his abhorrence for Australia’s ongoing involvement in overseas wars.
“I can sleep with myself and with my conscience during this abominable war. The Tiger helicopter is a malicious weapon – the same sort of attack helicopter as the Apache gunship the US’ers use. The main cause of civilian deaths is when helicopters misfire on civilians when searching out ‘insurgents’ in operations – this is why I chose this helicopter.”
The Tiger helicopter is worth $40 milllion: only 2/3 what Australian taxpayers spend EACH DAY on military equipment, operations and personnel.

Bryan had previously said that he would target a US helicopter, but the US has hidden their machinery away from the public eye during this TS11 – even Samuel Hill airbase has not been used for aircraft. This seems to be a direct response to the threat of protest intervention.

A mattock was chosen to evoke the imagery of Isaiah – that we should turn swords into ploughshares. The mattock is a garden tool that is usually used to prepare the soil for planting and new growth.

Graeme has been charged as an associate in the act and therefore with the same offenses.

Above all, both hope that others will find inspiration in their actions and seek their own ways of directly resisting this permanent state of war that Australia finds itself in.

Both are seasoned nonviolent and community activists. Graeme is a military veteran having trained at Duntroon. Graeme has been leading the Peace Convergence by sewing colourful flags, building lanterns and banners as a back drop for all nonviolent actions and protests that have been held.

Graeme’s flags and supporters will be at the court for visuals and for interviews.

BACK GROUND INFORMATION
You can see Graeme Dunstan’s website at
www.peacebus.com 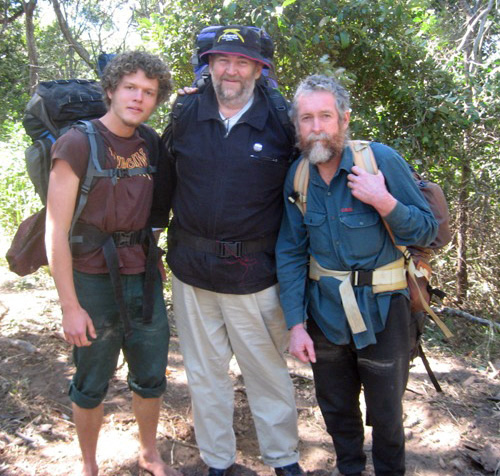