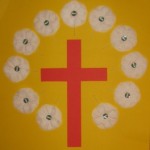 My mate Graeme Dunstan http://www.peacebus.com/ has been writing to Major-General Steve Gower in his capacity as the Director of the Australian War Memorialhttp://www.awm.gov.au/commemoration/ about ANZAC Day 2011.

23 October Graeme writes to Steve Gowerabout a triffic new addition to ANZAC Day.       “How about it?”
28 October Steve replies – “No, you can’t use our space”.
28 October Graeme replies – “I’ll explain my vision a little more”.
9 November steve responds – “You’re wrong about ANZAC Day, and you’re not using our venue”.
9 November Graeme responds – “We weren’t asking permission, read the book, let’s negotiate”.
11 November (Armistace day) Steve responds – “No permission, no meeting, go away”.
11 November graeme – “Alright then, you leave me no choice, I’ll correspond with your governing Council”.

I approve very much of the proposed ANZAC Eve Vigil, which is a really timely citizens’ addition to ANZAC Day.  In Cairns, Peace by Peace is organising a vigil for the Cenotaph on the Esplanade, in front of the RSL.  We’ll be using Graeme designed lanterns.  Graeme, Clair and friends will organise the Canberra War Memorial.  Every place in the country has an ANZAC venue.

If you read the correspondence from Major-General Gower, you’ll see where he believes that the War Memorial, and ANZAC Day, belong to him and his management Committee.

General Gower needs reminding that the war-making state is itself a target of scrutiny on ANZAC Day.  How have the Parliament, and the military, discharged the holy trust of minimising war, of guarding the memory and lives of those Australian soldiers killed and maimed in war?  How have Australians behaved in protecting the sanctity of life, and the safety of all? 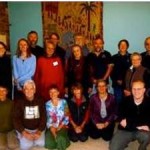 By conducting a candle/lantern lit vigil in memory of all the victims of war, and by expanding the ANZAC Day liturgy to include three lines of John 15 12-14, the new component of ANZAC Day will help restore the underlying pacific nature as it was intended by the original ANZACs.

You can read the Open Letter from Silver Wattle here.